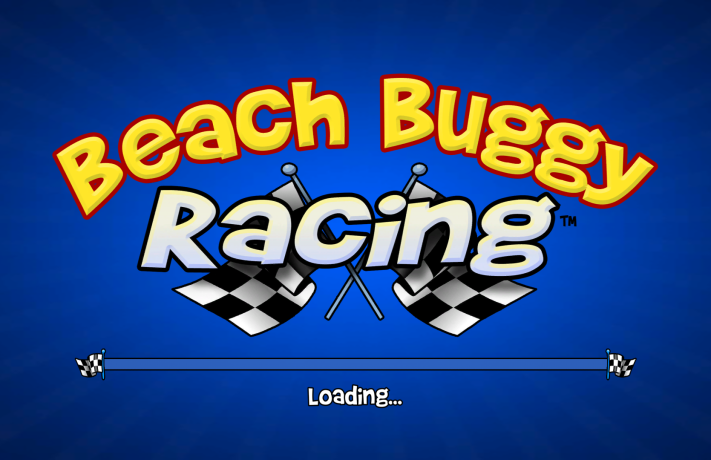 I love to play games on my mobile but there aren’t many games that have attracted me
that much, until I saw Beach Buggy Racing.

I like racing games, but i just don’t want plain racing games. They should have some obstacles to maneuver around or weapons to fire at  your enemies. In Beach Buggy racing I got all that.

Beach Buggy Racing is an arcade racing game. You will need tickets to race in championship and career mode. A total of 8 tickets are available and each ticket is generated in around 15 minutes. For each race win you will get one 1 ticket and gems.

There are a total of 8 cars and 10 drivers to choose from, and each car and driver has their own special power. The following four parameters of a car can be upgraded:

The cars have further been divided into the power that they posses.  You will initially start with a 100cc car then a 250cc, 500cc and so on.

The cars can be purchased by using coins but the drivers are unlocked when you beat them in the career mode.

There are four main modes:
– Split Screen.
– Quick Race.
– Championships.
– Career.
In split screen you can race with your friends, disable all ads and have infinite
tickets.  You will have to pay $4.99 to unlock this mode. 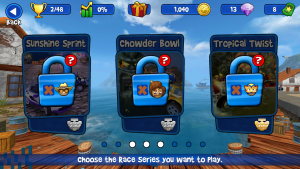 Locked events in the career mode 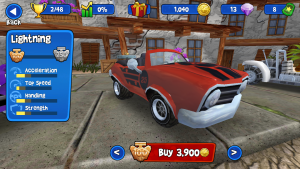 A car available in the game

After all the races if you have the most points then you will win the championship and get coins and gems. You will get stars in champions. If you win then you will get 3 stars, second place holder will get 2 stars and third will get 1 star. Championships can be repeated to earn money but are only awarded for the first time.

In career mode there are 7 series. Once again you will need tickets to race in these events. Each series has multiple events. You will get 3 stars if you win a race. Stars are required to unlock next events. At the end of the series you have to beat a driver to unlock new series. During races you will get powers and each has its own usage which is very useful during the race.

You will encounter four types of races in these event. First is basic racing in which you to beat your opponents in 2 laps. Second is time attack, in this race in about every 10-15s the driver in last position is eliminated. Third is shooting gallery, in this you will have shoot rockets at cars or targets to get points and achieve the required points to get the stars. You will have one minute to complete the points. Fourth is stampede, you will use angry bull power to smash everything in your path, same as shooting gallery you have to get points by hitting cars or targets.

This game is as perfect as it can be, but i do have one issue with it. Strength is useless in this game. No matter how much you upgrade your car will be destroyed when powers like rocket, angry bull or any other powers like these are used on you by the enemies.

I really enjoyed playing Beach Buggy Racing and it is very addicting, and i do not want to put down my device at all. I highly recommend for those who want to have a fun time.