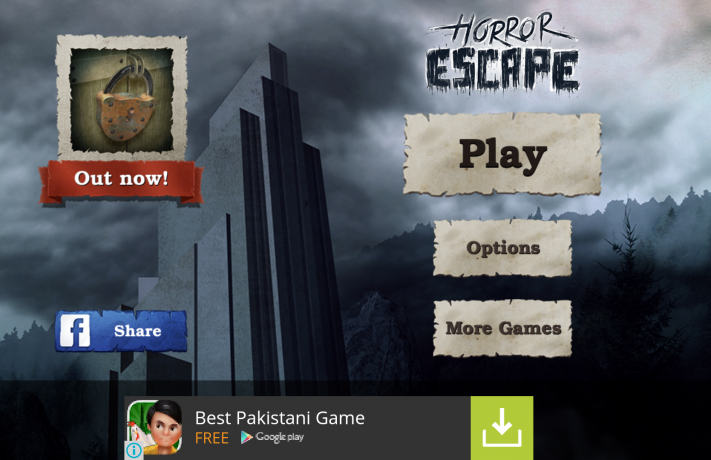 This post originally appeared on the blog Mustafa Neguib and has been reprinted here with permission.

What Is This Game About?

I was checking out my friend’s Android smart phone, looking for any good apps or games that he has installed so that i could install on my smart phone.

I came across this hidden object game by the name of Horror Escape where you have to find objects which have been hidden by an evil scientist. There are many other apps which follow the same style of hiding clues and then the user has to find them, but i found this game intriguing as it has a back story, and the ambiance of the game suites it quite well.

What Is A Hidden Object Game?

This type of games are in which you have to give an effort to find objects which are hidden from you. You have to act as if you are a detective and have to find clues in order to find the objects. Usually these games contain objective where on hidden object is usually a clue and is used to solve another clue in the game.

How Do You Play This Game?

From what i have found so far, is that there is an evil guy who has locked the character(you) in a building, and he has left clues for you to find in order to escape. When you find one clue it leads to the next clue. I like detective and hidden object games, where i have to solve a case, and i love Sherlock Holmes, one of the best detectives that i have read about (i am reading the stories of Sherlock Holmes at the moment).

This game is constructed in such a way that there are levels, where each level is a room. There are a total of 15 levels in this game. One requires patience and needs to harness his collective powers of thinking in order to find the clues and eventually escape from the building.

I myself am at level 6 and i am stuck at it. What i am really impressed is the way the clues are hidden in each level. One has to actually look for them, by pressing on everything hoping that some clue pops up. There is no animation, but the graphics are professional and realistic, which further helps bring the detective in you out to help your character to escape.

If finding objects hidden from plain sight fancy you, then I highly recommend this game, but this is a good time kill for others as well.