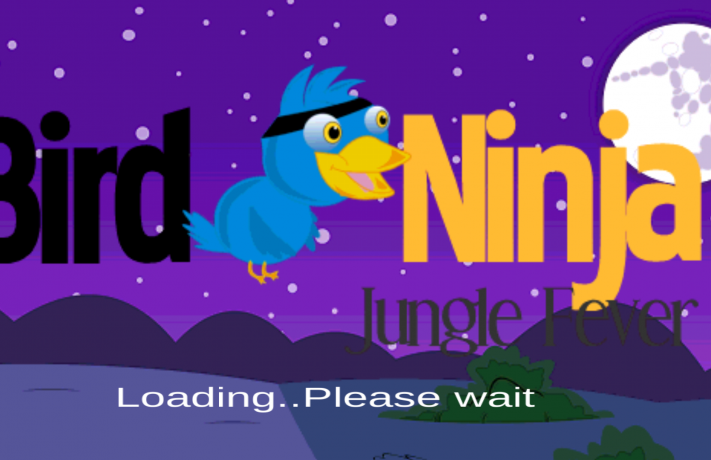 I like playing games and when i find an interesting game i tend to spend some time playing it. Usually in a game i look for a good story if it has one, good game play and there must be that x factor which makes me come back to the game again and again.

We all heard of the famous game Flappy Bird flying bird game which earned the developer of the game a lot of hate by the players because the game was really difficult, but it really did well as well as i believe that game hit a personal chord of the players that how dare the game not let them win. This ego damaging aspect is quite interesting to see in games. I had that game installed on my Samsung Galaxy Note 2, but unfortunately the phone died on me and also the developer pulled the game off Google Play Store. I went looking for a game similar to Flappy Bird and found a game by the name of Bird Ninja -Jungle Fever  flying bird game.

The game play is not as difficult as Flappy Bird, but it still demands the player’s full concentration as you have to take split second decisions to prevent the bird from crashing into oncoming objects such as planes, and other birds.

Each level has a certain objective which the player has to achieve in order to complete the level. In this game it is collecting coins. I have not been able to find any other use case in this game where the coins are being used. I recommend that the developer incorporate a store which allows the player to buy upgrades which gives the bird special powers.

I also noticed that in this game there is no time out feature where in a game that i regularly play and have also reviewed Two Dots in which you have a maximum of 5 lives and each life takes a set time to regenerate, so if you loose all of your lives then you have to wait for a minimum time as set by the game before you can actually play it.

Psychology also helps us understand that giving the player breaks actually helps keep the game interesting and brings the player back for more, while games in which the player plays for a long time without any breaks then eventually the player will get burned out and will get bored of the game.

I also suggest that the developer weave a story into the game, which can further make a game interesting.

The graphics of the playing level are attractive and look well made. The animation is smooth and i did not find any jerks in animation which spoil the experience. However, the graphics for the menu screen and the pause menu can be further improved as at the moment they look too bland and dead.  Maybe if the developer adds some animation on the menu screen it will look good.

To conclude, i like the game and would recommend other to play, and this game can definitely get better and more interesting if the developer follows our advice given above.

Update 2:24 pm 9th December 2014: I have updated the link of the article and the content to improve SEO.