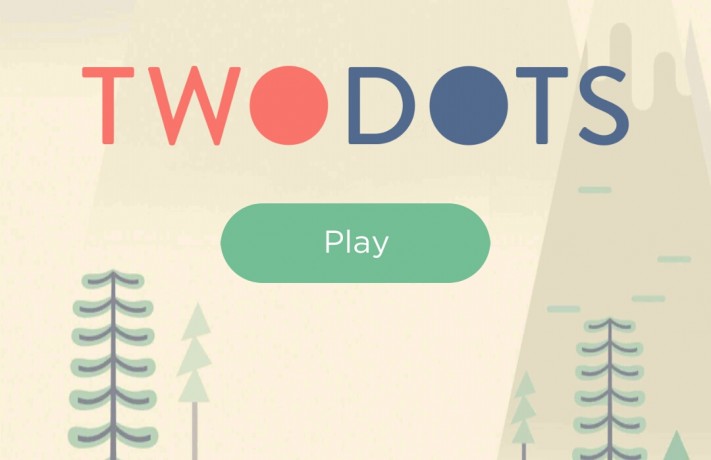 Just recently i have regularly started to download new games and play them on my Android Kit Kat Huawei Ascend P7 to pass time, and also to find new apps to review.

Puzzle games have taken a fancy to me, and i found the game Two Dots by the company Playdots, Inc which made the all famous Dots puzzle game. This game is quite similar to other dots removal game such as Candy Crush, Shape It! where the user has to match patterns which will remove the dots from the grid.

Two Dots is different in its own way from the above mentioned games. Firstly when the game is first opened, the player is welcomed by soft yet attractive music, and a simple Play button. Upon pressing this button the game map is shown where there are a total of 135 levels where the user has to clear each level.

Even though there is no story line, but the way the map has been made that the player has to make his way through the world, first going through a cabin, and then into the under water world , and then onto the land, through the yeti, woods, and out and beyond.

The player has a maximum of five lives and after loosing each life the user can either buy a life by using money or wait out a certain time out. On each level there are certain objectives. I am on level 35 and have to find and kill eight anchors, thirty dots each of purple, blue, red and green.

Two Dots is so addictive that i cleared 34 levels in two days. There are also Daily Quests which after completing gives the player power ups which he can use in the levels such as coloring all of the dots with the same color or placing bombs, which destroy a certain number of neighboring dots.

The best thing that i like about this game is that there is no time limit (have not found a time limit yet), and the player has to meet the objectives in a certain number of moves. Now the player has to put on his thinking cap and visualize in advance of what each step will do, something like in chess and chequers. This lack of time limit gives one ample time to think of the moves that he is to make.

I highly recommend this game to all, though do make sure that you do not spend too much time on it so that your other work starts to be effected.