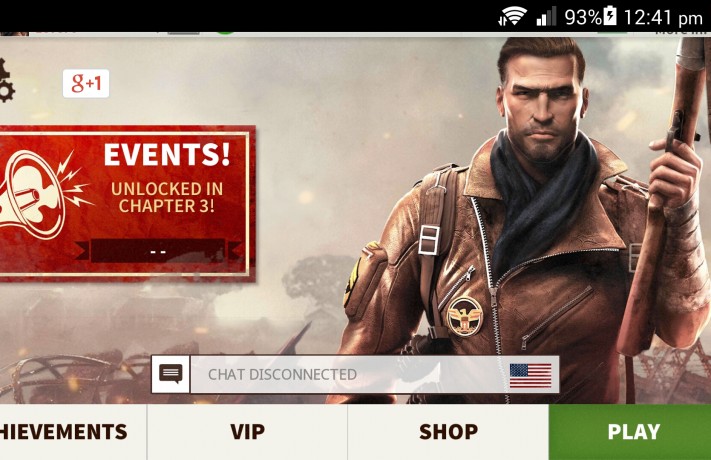 Brother in Arms 3 bringing all the action to Android

Gameloft is a game development company well known for its high quality action packed games. Gameloft has many games under its belt, and Brother in Arms 3 is the lastest installment in the Brother in Arms series. I will be reviewing the Android version of the game.

Brother in Arms is a free game to download as it follows a pay as you go model where you pay money to buy items which you use in the game.

The game has been set in world war 2 and you fight as the allies, against the axis. 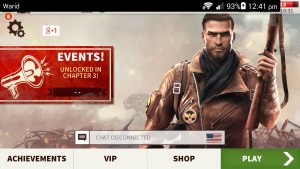 What Are The Features Of The Game?

This game is a first person shooter game, where you play from the 3rd person’s perspective. The missions in the game are small and bite sized with small objectives. I feel this is good because the attention span of the user is limited when playing games on the mobile devices and the hands also start to go numb when holding the phone for too long.

Having small missions helps me get rest when i need it. Furthermore, the story of the game is also engrossing and interesting. Following a world war 2 narrative the player plays missions which as in all games of this genre decide the success or failure of the whole war, which i think is a bit far fetched, that a war depends on a single man.

This game has another feature by the name of brothers. A brother is more like a wing man who you can control to give commands, such as there is a brother who takes sniper shots or another who calls in for an air support. Using the brother’s services can mean the difference between life and death.

The graphics and art of the game is high quality and i get the feeling of playing the game on a gaming console or a pc. The audio has also been well designed, which further brings the player into the game. 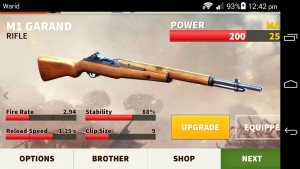 Problems That I Found

I played the game on my Huawei Ascend P7, which sports a quad core processor, but even then at times i found the game to slow to a halt and cause responsive issues. Due to this at key moments in the game the game becomes really slow and does not respond to my commands on time, due to which i end up losing the mission.

This lag may be because of my device, but then if the game has been made for mobile devices, it should not lag on relatively new devices.

Apart from this, i also found that to buy weapons such as bazookas launchers, grenades, etc… one has to buy stars from the market. I believe that as a casual gamer the game developers should have made it possible for the stars to be earned while playing the game, instead of just making them available in the store. I can not afford to spend money to buy the stars all the time. There are certain missions which require weapons which can be purchased using those stars. 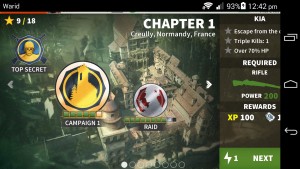 Overall, i find the game interesting and attention grabbing and worth the time. I recommend this game to all first person shooter fans, who also like a bit of a story in between.